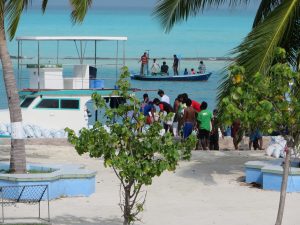 We made a strategic error in booking our flights from The Maldives back to India – we took the cheapest combination of flights, which resulted in us taking three two-hour flights over one night, with layovers of 2-3 hours in between.

Given that the only ferry off Gaafaru was a 9am, even though our flight was in the evening, this meant that we would take a grand total of 36 hours to get from Gaafaru to Mumbai (our first stop in India). 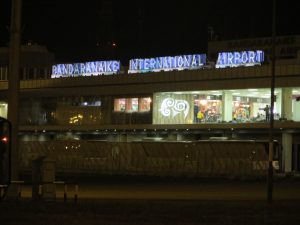 On the up-side, we did get to set foot in Sri Lanka. In the airport. Between midnight and 3am. It seemed like a nice airport. One day we will visit Sri Lanka properly!

We also had a day to spend in Male, the capital of The Madives, since the ferry arrived so early, and the flight departed so late. 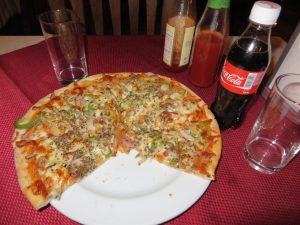 This city, population 200,000 is on a tiny island, and is one of the most densely-populated places on Earth. There is not much to see that we didn’t already see from ferries, so we spent the day in air conditioning, using fast WiFi, and eating a decidedly non-traditional meal …

We touched down in India in Chennai, where we discovered that our onward flight to Delhi has been delayed by three hours. This put our connection to Mumbai in doubt, so we politely insisted that our baggage be priority tagged. 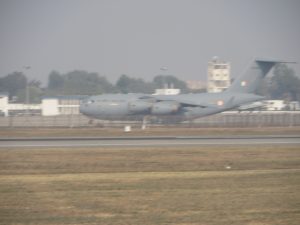 We had someone meeting us in Delhi to take custody of 10 kilos of our stuff, because the flights booked for us from Delhi to Mumbai only had a 15-kilo baggage limit. (Jenny was going to lead some clinics for the Team Management and Leadership Program in Mumbai, and they had arranged the flights).

On arrival in Delhi, we were reminded that there are military aircraft which also use the Indira Gandhi International Airport. 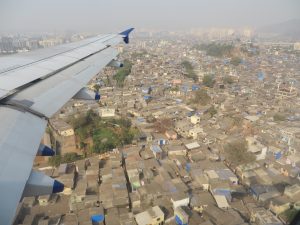 With some amount of stress, we managed to get our bags, repack them, and squeak on to the next flight, despite the security guard at the terminal insisting we go to an office and get a paper print-out of our flight bookings or he wouldn’t let us inside the terminal.

Seriously, India … nowhere else were we forced to waste so many trees! 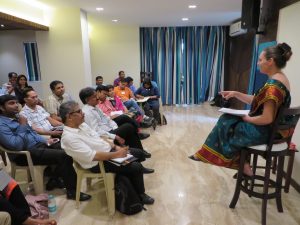 Once we reached Mumbai, there was a driver waiting to pick us up at the airport (this is a lovely experience after 36 hours of budget airline “service”), and Jenny had a quick shower and changed into a sari before heading out to lead an evening clinic (on zero hours of sleep).

The next day, we had a chance to do a bit of sightseeing in Mumbai during the day, before Jenny led the second Mumbai clinic the next night. 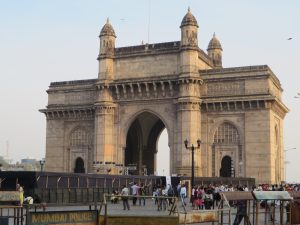 India has a strong colonial influence on its architecture, with the Gothic era featuring strongly.

Arches have always an important part of the culture, so colonial arches abound. 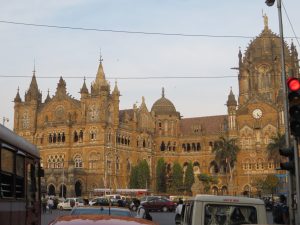 There is also a palace which would not be out of place anywhere in Europe.

We did a driving tour, so we didn’t hop out and take lots of photos of each of the architectural points of interest.

We did, however, hop out and sample the ice cream at our host’s favourite gelateria. It was good …

Mumbai has quite a bit of water, and we enjoyed the views as we crossed several long bridges, and drove along the freeway on the water’s edge.

It seems a shame that prime waterfront land is given over to roads, but transport is a priority in crowded Mumbai. 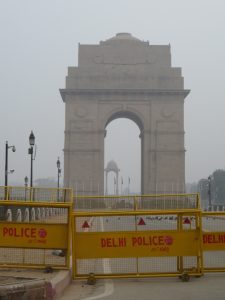 The legendary Mumbai traffic was worse than expected, and we ended up arriving at the Landmark Centre just moments before Jenny was due to start. Someone in the team (who is a fashion expert) whisked her into the Ladies to fix up the folding on the sari, while someone else rounded up the dawdling team members. The clinic started only a couple of minutes late!

The next day, we flew back to Delhi, and reclaimed the ten kilos of stuff we hadn’t taken to Mumbai. Our host in Delhi showed us around the are where the government offices and embassies are.

Mumbai even has its own version of the Arc de Triomphe! 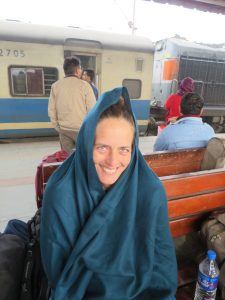 Finally, we were escorted all the way to the correct platform at the railway station in Delhi, for the next leg of our journey – the train to Haridwar.

It was COLD in Delhi. We had been in the tropical south for most of our time in India, and even Mumbai was hot and humid. In Delhi, Jenny was reminded why it is not such a crazy idea to carry around a New Zealand merino pashmina.

We admired Delhi’s entry in the “how much can I stack on a single hand-cart” competition. We drank hot chai, ate a super-spicy lunch provided by our lovely host. And we finally boarded the train for Haridwar. It was only running two hours late. 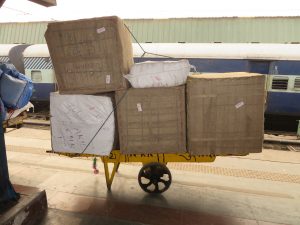 Haridwar is even farther north and higher in altitude than Delhi, so we were a little worried about how cold it might be when we arrived. January is the dead of winter in this part of the world.

When we arrived in Haridwar, we were greeted by the bright blue face of Shiva. 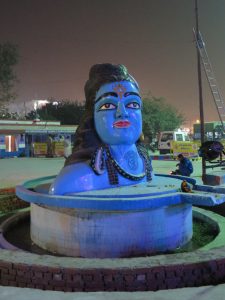 He looks quite androgynous, because in one of his aspects he represents the perfect balance between masculine and feminine, yin and yang.

And that odd-looking thing he is emerging from, with the spout at the front, is a stylised vagina. The shivalingam (a stylised penis rising from the centre of a stylised vagina) is a devotional object not only in India, but in many other parts of Asia that were touched by Hinduism or Tantric Buddhism.

We were heading to RIshikesh, which is, legend has it, the very place at which Shiva drank the poison. It is also the place where the Beatles found their guru, and recorded one of their albums.

But for now, it was a matter of the annoying negotiations with the rickshaw drivers, bent on extracting as much money as possible from unsuspecting new arrivals. And, eventually, we were in an open rickshaw, tooling along the bumpy roads in single-digit temperatures late at night. Next stop – Rishikesh!