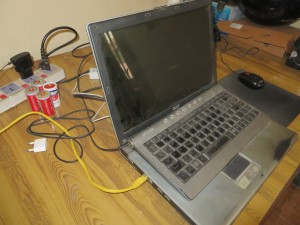 When it comes to the internet, some countries are a bit backward!

In October 2015, new legislation came into effect in Australia, requiring internet service providers to keep “metadata” from their users for two years, and to give it to the government. At this moment, the non-travelling Australian public, whether they knew it or not, suddenly had a personal interest in understanding about VPNs (virtual private networks). A VPN will quietly (and completely legally) prevent the government from getting any information about your internet activity.

Travellers who use the internet, on the other hand, have always needed VPNs (whether they knew it or not). VPNs can stop people on your wifi network from (far too easily) hacking your Facebook account, give you access to internet services that you used at home, even when they are theoretically not available in your current country, get you access to web pages or torrents that the local government has seen fit to block, and allow you to visit websites anywhere in the world without giving away your location. 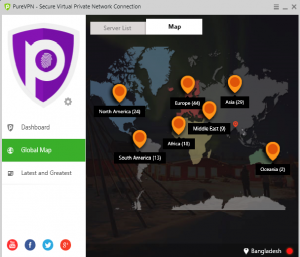 A VPN (virtual private network) lets you use the internet as though you were anywhere in the world.

What is a VPN?

In layman’s terms, a VPN creates for you a completely private “tunnel” through the internet. Anyone spying on you as you use the internet will only “see” the encrypted outside of the tunnel, not what is happening inside the tunnel.

When you access a web page through a VPN “tunnel”, outsiders can’t even see the URL (the web address) of the page, so nobody has any idea what pages you are visiting, or what you are typing into fields on those pages. (Of course, if you hit “share”, or “publish”, or the like while you are using a VPN the website will work as normal, and make your comment or post publicly visible. We wrote this post entirely inside a VPN for example.)

For those who like the technical detail, a VPN creates a virtual network between your computer and the point you choose as your entry point to the internet. Without a VPN, your entry point to the internet is your ISP, and they can track any usage back to you, block your access to certain sites, and reduce the throughput for things that cost them more, eg watching YouTube. With a VPN, all your ISP can see is that you you have a single connection to your VPN provider – and nothing more.

Why Use a VPN?

There are many, many reasons to use a VPN. These reasons include safety, security and privacy, accessing services which have been blocked in your part of the world, and escaping limitations which have been put on your internet service by the provider of your home internet service, mobile broadband service, or a public WiFi connection you are using. 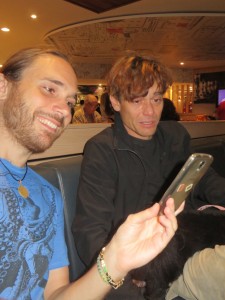 Browse the internet securely, even on public WiFi networks, with your VPN.

Whether you are travelling, or just live in a country where the government has decided to spy on its citizens, the last thing you want is to have unknown people collecting information about your web browsing, or, even worse, or capturing enough information about you to steal your identity and run up huge debts in your name.

If there were no other benefits to using a VPN, this reason alone would still be a strong enough argument that it is worth the effort to install VPN software on your computer, phone or tablet.

There are countries in this world which will cheerfully throw you in prison for Tweeting or Facebooking the wrong thing. As this post goes to press, a young blogger is due to be executed in Saudi Arabia for criticising the Saudi government online, and in Thailand you can be imprisoned for up to 60 years for making disrespectful comments about the king.

If you use a VPN, however, nobody will ever know you were in that country at the time you made the comment. You can use an IP address (a set of numbers which pinpoint your computer’s location) from anywhere in the world – so if you are going to criticise a government, choose an IP address in a place with freedom of speech laws!

Many countries are attempting to limit the access their citizens have to the internet, by using internet filters to block thousands upon thousands of domain names.

When we were in India (and we finally got internet access – but that is a story in itself!), we were startled to find that we couldn’t access a health website. The reason given by the internet filtering software (polite of them to offer a reason, wasn’t it?) was that somewhere on that domain was a mention of abortion. Apparently, you are not allowed to talk about abortion in India. Now, we weren’t looking for information on abortion, but the entire domain was blocked, so we couldn’t access any of the pages on that website.

In China, almost every website from outside China is blocked, so travellers to China have no choice but to learn about VPNs, just to stay in touch with their friends and families. Access your location-specific services from anywhere in the world – cheaply and easily.

Have you ever been frustrated by not being able to access Netflix, Hulu, or watch local TV overseas? Spotify free also refuses to work in some parts of the world after a couple of weeks.

Like many services which are affected by copyright laws (and other laws), Spotify is geographically limited. While the internet is worldwide, Spotify free only works in certain countries. If users choose to travel outside their home country, Spotify will continue to work for a short time, but if your computer doesn’t visit the Spotify website from an IP address in your home country within that short time, the Spotify app will go on strike.

Simply use your VPN to give your computer an IP address in your home country once every 14 days, and Spotify will continue brightening your world with your favourite music for free.

The same is true of any other location-specific service, whether free or paid, like Netflix, Hulu, Pandora, BBC TV, and so on. 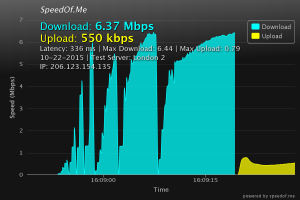 Has your internet speed been throttled (artificially limited by the provider of the internet connection)? Many free wifi hotspots can painfully slow to load regular web pages, and watching a video can be impossible. A VPN can neatly sidestep this artificial limitation, and allow you access to whatever speed is genuinely available.

Even when you are at home, many internet service providers (ISPs) speed-limit websites like Youtube and Netflix, to lower their own data expenses due to the increasing popularity of watching videos online (See the Net Neutrality Map for what your ISP is doing to you).

Does your internet provider prohibit you from downloading torrents, or slow their download speed? This is increasingly a problem, even if the torrent website domains haven’t been censored at the country level. With a VPN, there is no way anyone can know what you download, or from where. Torrents are a favourite for ISPs to throttle, so a VPN is a good way to improve download times. 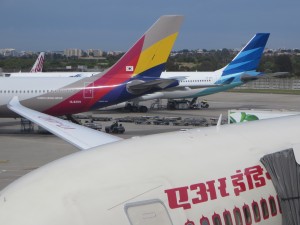 Save money on airfares by using a VPN to make online bookings!

Did you know that people in different parts of the world are offered very different prices for exactly the same product?

If you book an airline ticket from an IP address in the home country of the airline, you will often save 10% or more compared with using an IP address in any other country. (This is just one of many tricks for cutting your travel costs. A blog post on top tricks to save money on airfares is now live, if you want more tips!)

Which VPN should I use?

How to get started using a VPN

Here’s how to get going with our recommended VPN:

That’s it – enjoy the internet or your own terms!

Can’t I get a VPN for free?

The short answer is yes, but the longer answer isn’t so pretty: while there are several free VPN services available, there are many disadvantages: